Lighthouse of Broward Eyes on the Future Presented by the Josephine S. Leiser Foundation Raises $77K 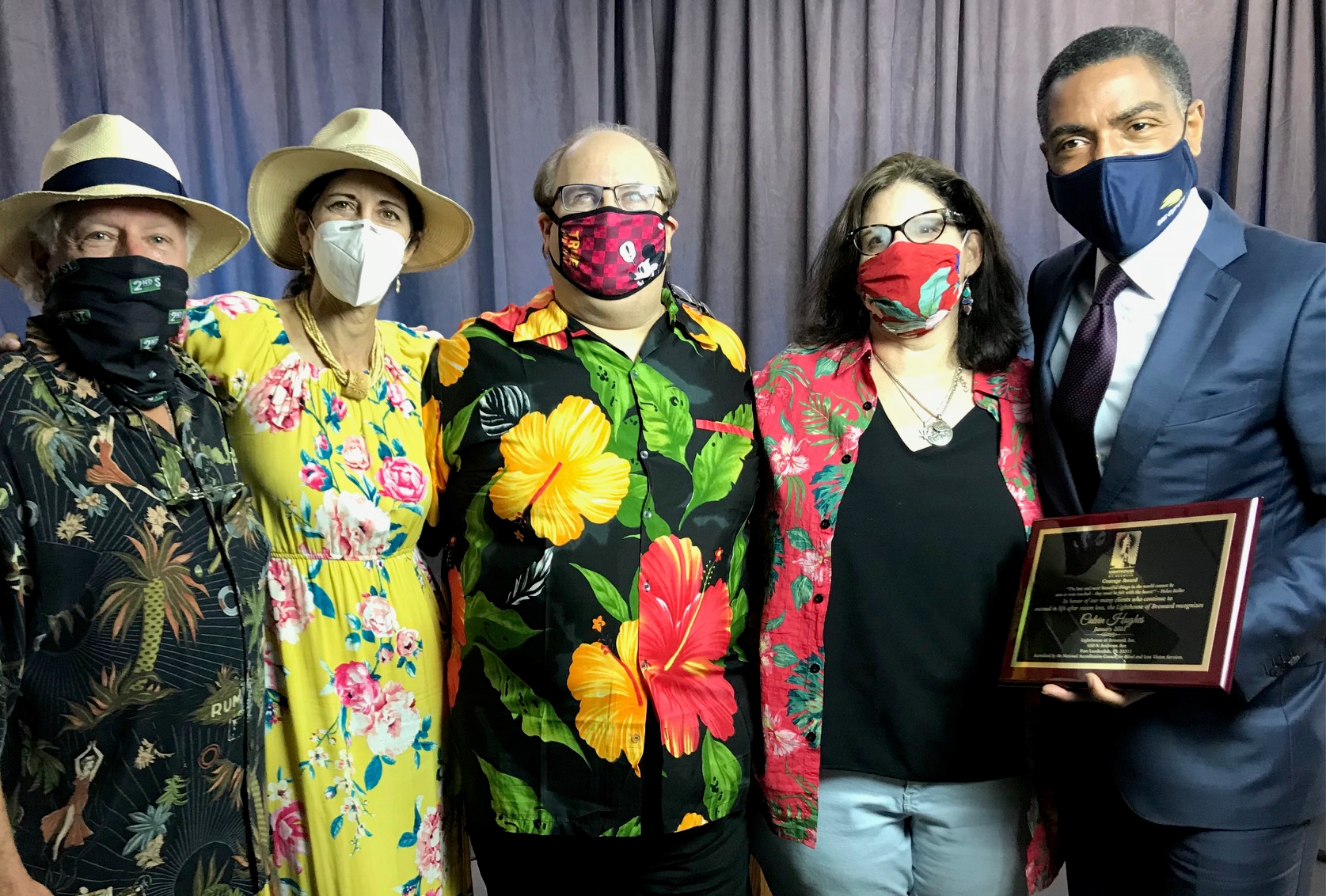 Lighthouse of Broward’s Eyes on the Future virtual fundraiser presented by the Josephine S. Leiser Foundation brought in more than $77,000 in support of the nonprofit organization, which serves blind and visually impaired individuals in Broward County.

The event attracted more than 100 guests who were lively participants on Zoom – enjoying the program led by Local 10 Anchor Calvin Hughes, showcasing their sunglasses in a sunglass contest, enjoying their Gourmet-to-Go Charcuterie Box and wine, bidding in a spirited silent auction, and jamming to the live music of vocalist Rick Peña. The event was co-chaired by longtime supporters Carmen Miller and Marianne Finizio, with the support of Lighthouse Board of Directors, especially Board Chairman Aaron See and Board Member Stu Stewart.

“We’re simply thrilled with the success of Eyes on the Future, especially during these challenging times, and couldn’t be more grateful to our volunteer leadership,” said Ellyn Drotzer, president and CEO of Lighthouse of Broward. “We’re also very thankful for Calvin Hughes, who so generously gives his time and talent to the Lighthouse.”

For his consistent support of the Lighthouse, Hughes was presented with a Lighthouse Courage Award for standing with the Lighthouse and its blind and visually impaired clients. In addition, the Negly Flinn Charitable Foundation, represented at the event by Negly Flinn Director Robert Allen, received the Outstanding Foundation Award for its support amounting to $325,000 over the past 15 years. “We extremely thankful to the Negly Flinn Charitable Foundation for their ongoing support – and all of our donors, guests and event sponsors,” added Drotzer. “It’s so encouraging to see our community step up in support of our blind and visually impaired neighbors, especially at a time when they are not able to use their sense of touch because of social-distancing measures. Their lives were never easy, but now they’re even more difficult.”