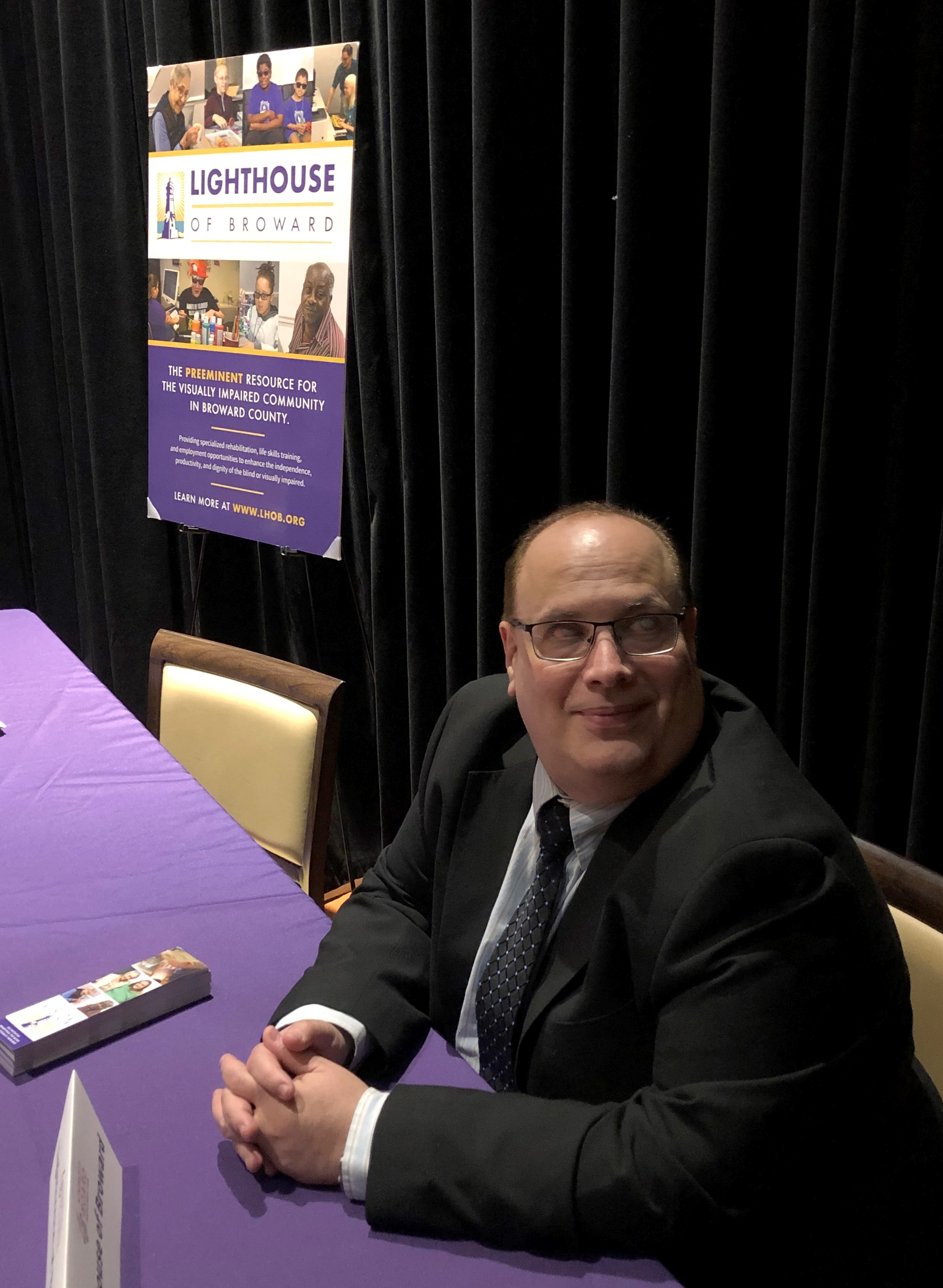 The Leadership Broward Foundation’s upcoming adult class will include the first blind person since the inception of the organization 40 years ago. José Lopez Masso, who lost his vision at age 31, has been accepted into Leadership Broward Class XL.

“José will be a great asset to Leadership Broward Class XL on multiple levels,” said Andrew Zullo, CEO of the Leadership Broward Foundation. “He sets a compelling example of how to be successful despite facing overwhelming challenges, and brings broad expertise to the class, ranging from international relations to philanthropic development. We are very proud to have José in the class alongside the other amazing leaders who have been accepted.”

Lopez Masso, who holds MBA and Juris Doctor degrees, currently serves as VP of Strategic Initiatives and Development at Lighthouse of Broward, where he oversees initiatives to better serve the blind and visually impaired and broaden the reach of the nonprofit in the community, in addition to being responsible for all fundraising and donor development efforts.

“I’m very grateful that José was accepted into this year’s Leadership Broward class,” said Ellyn Drotzer, President and CEO of Lighthouse of Broward. “I’m quite confident he will learn a tremendous amount through the information-packed class days and the relationships he will build with other community leaders. This is a great opportunity for him, and I’m sure he will shine in the process.”

Lopez Masso initially came to Lighthouse of Broward in 2002 as a client after he suddenly lost his vision 19 years ago due to glaucoma followed by multiple, unsuccessful surgeries. The Lighthouse provided him with the tools and training to help him regain his independence. After six years as a client, he stepped into the role of Director of Development at the Lighthouse. He was promoted to VP of Strategic Initiatives and Development in 2018. In this position, he has increased funding considerably, expanded revenue sources, and has been a key force behind the organization’s significant growth.

A Venezuela native, Lopez Masso lost his sight just before he moved to South Florida from Berlin. He had previously served for five years as head of the Venezuelan Diplomatic Mission in Germany, where he was responsible for moving the embassy from Bonn, the site of the West Germany capitol, to Berlin, the location of the new United Germany capitol, among other duties. Prior to taking this post, Lopez Masso served as Sub Secretary of Justice for Venezuela and legal advisor to a Venezuelan investment fund president, both in Venezuela.

Lopez Masso spent most of his youth in Germany where his father served as a Venezuelan ambassador in East Germany. He earned a bachelor’s in business and an MBA from the Business School of Hamburg and a Juris Doctor in International Private Law from University Andres Bello in Caracas, Venezuela.

Lopez Masso serves on Royal Caribbean/Celebrity Cruises Advisory Board for ADA and special needs passengers. He currently resides in Deerfield Beach with his wife Carla, and their daughter Andrea.

The Leadership Broward Foundation, a 501 (c)(3) nonprofit organization, is Broward County's premier leadership development training organization with a 39-year history of helping emerging and established leaders to expand their leadership skills, enhance their knowledge of local and state issues, and leverage their individual passions to initiate positive change in the Broward County community. Its mission, “to develop and inspire individuals to serve our community,” is accomplished through a range of programs starting with its signature Leadership Broward program, which offers a behind-the-scenes look at issues affecting the Broward County in the areas of government, education, business, media, transportation, criminal justice, history, environment, culture, arts, recreation, and health and community services. Youth Leadership Broward and Women Leading Broward round out the organization’s program offerings. For more information, visit www.LeadershipBroward.org or call (954) 767-8866.